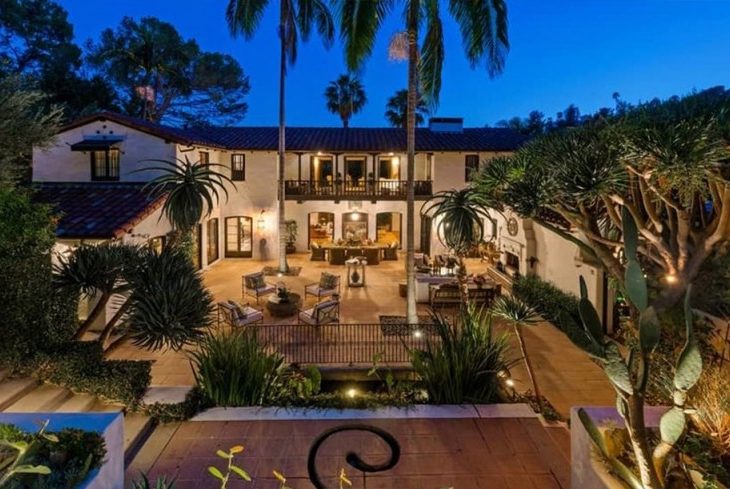 Actor Jim Parsons gave the price of the Seyler House a considerable trim this week. The second such trim—a million each whittle, starting at $8.995 million.

So the property’s price now stands at $6.995 million, after only about nine months on the market. The opening price was perhaps an expression of faith in the property’s considerable cachet of historical relevance, ownership pedigree, and beguiling charm.

And the place can claim all three, in no uncertain terms; this Spanish eclectic dates to 1922, its former owners include heavyweight actor Tim Curry, and it carries enough period authenticity to charm the pants off the most blasé scribbler to ever comment on residential architecture.

The price reductions indicate a sense of urgency, which stands in stark contrast to the lifestyle sensibility that this property exudes. The careful flourishes, the sprawling indoor living spaces, the meandering outdoor living spaces, and the accumulation of ruminating details all suggest timelessness.

The home’s 3 bedrooms and 3.5 baths culminate in an unusually fine master suite. The bedroom is flanked by French doors and balconies, and features a barrel ceiling, and the suite’s bath has been renovated toward the original style.

The exterior of the home is dominated by succulent gardens, and a water feature that borders the fantastical: a waterfall feeding a koi pond and a stunning ornamental rill. A Saltillo-tiled outdoor living area with a stucco fireplace and a lagoon-style pool are other notable features on the 1.45 acres of grounds.

Parsons was the highest-paid actor on television last year. His take-home per-episode pay for the final season of ‘The Big Bang Theory’, as well as revenue from other sources, set his income for 2018 at about $28 million.