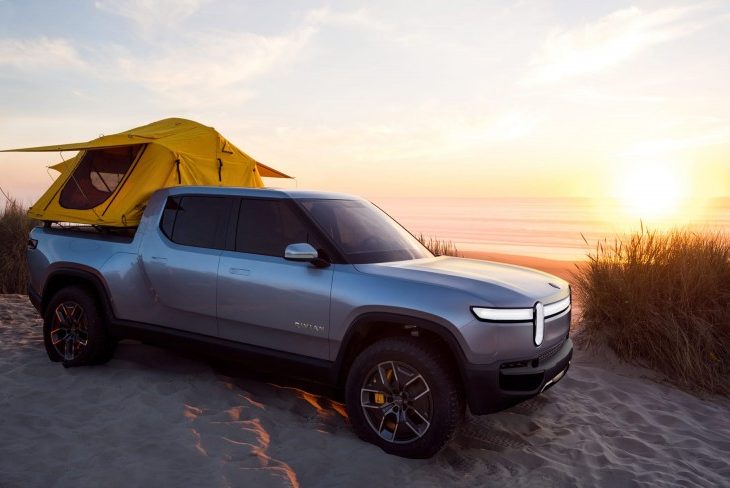 EV startup Rivian makes you root for the little guy. The independent company out of Plymouth, Michigan is looking to carve out a place for itself in the still nascent but burgeoning electric vehicle market, and put a few jobs back into the rust belt to boot. Who can argue with that?

The Rivian offering that’s getting the news right at the moment is called the R1T, which the company has slated for delivery early in 2020; they also have an SUV planned, the R1S, and it’s possible that a commuter-oriented compact car could appear, although that’s surmise at this point in time, and the market for a smaller, point A to point B EV may not currently be favorable in the U.S.

As far as the R1T is concerned? This is the gutsy EV pickup many people have been waiting for, and a natural choice for smaller fleets of work trucks. It’s packing plenty of juice even with its smallest battery option, which can run 230 miles on a full charge; the three battery options culminate in a 180 kWh monster that’ll up the range to at least 400 miles. The R1T has typical EV launch capabilities, and can hit 60 in 3 seconds with the right battery pack. That’s not too bad for a pickup, is it?

And where will your Rivian be put together? In a former Mitsubishi plant in Normal, Illinois. Full circle, as it were.