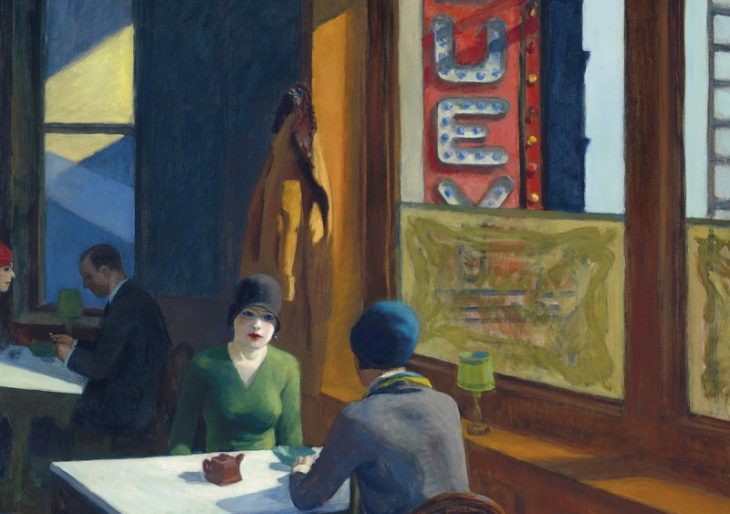 One of Edward Hopper’s most widely recognizable paintings recently sold at Christie’s New York. The painting had been expected to top $70 million at auction; when the dust settled, it’d fetched very nearly nine figures.

The late American painter’s “Chop Suey” set a new record at Christie’s for a traditional American painting when it went for $91.9 million. The painting had been privately owned by late businessman Barney Ebsworth, and was offered for sale as part of his collection.

The painter’s “Chop Suey” depicts a meeting of two young women at a Chinese restaurant. Hopper’s use of color and shadow, and his particularly romantic evocation of social isolation, are represented strongly in the work. The buyer is as of now an unknown party.

Overall, the collection yielded $317.8 million, far above the $258.3 million estimate. A flock of art investors were expected to descend on Christie’s for the sale, but the heated bidding war surprised even the house experts.

Previously, the highest price a Hopper piece had garnered was $40.5 million, when ‘East Wind over Weehawken’ sold at Christie’s in November of 2013.