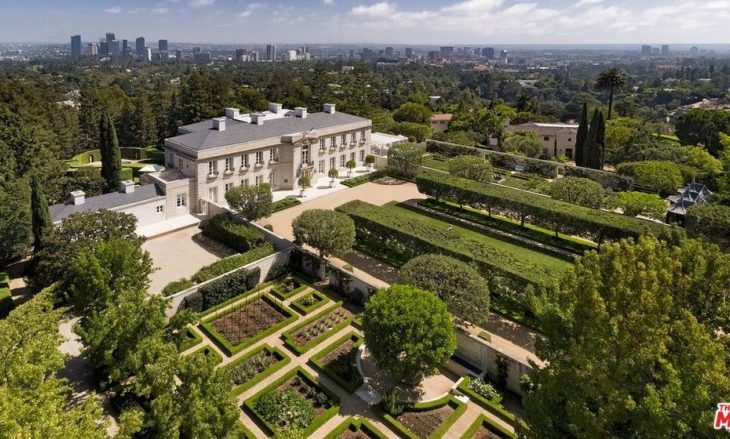 With a $105 million price cut, Chartwell just might sell.

The one-time home base of billionaire producer Jerry Perenchio—a trophy-of-trophies estate anchored by a main house of 25,000 square feet, and extending to encompass the ten acres of Bel Air land that help it along to its crown-jewel aspirations—was listed a few months after the producer’s 2017 death with an asking price of $350 million.

And there the so-called ‘Beverly Hillbillies’ house has remained. Thinking that the initial ask was, perhaps, a little sanguine, the Perenchio estate has dropped it by an astounding $105 million.

$245 million is still a Hemingway-sized marlin of a price, even as the new economy ages into young adulthood, and the present marketplace for the upper-level fringe residential properties is a tricky one at best; Chartwell remains the priciest home in America. The home’s layout is undeniably unique; a grand ballroom, 12,000-bottle wine cellar, and underground parking for 40 automobiles distinguish the grandiose property. But selling a home for $250 million right now isn’t going to be easy, especially one with such potent and long-established associations.

As of now, the home’s floor plan includes fifteen bedrooms and eighteen baths. The 10.4 acre grounds feature a Wallace Neff-designed guest house, a 75’ pool with pool house, and views that present a broad survey of L.A. to the Pacific.

Other properties owned by Perenchio—properties not so closely linked with his personality and period, and properties priced in the current ‘sweet spot’ for luxury real estate—have fared better on the open market.

In September of this year, his art collection went under the gavel at Christie’s.