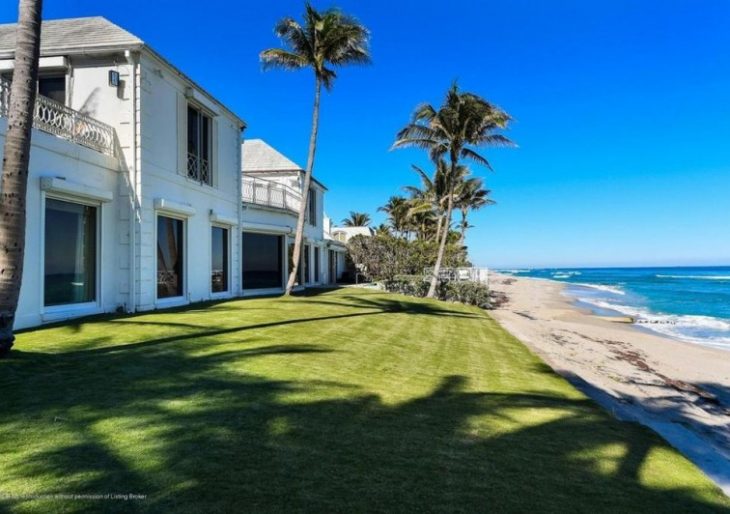 In December of last year, Maryanne Trump Barry’s beachfront estate in the Palm Beach area hit the market with an asking price of $23.9 million. The property—located a stone’s throw from Mar-a-Lago—went into contract in March, selling for about $19 million to an LLC associated with President Trump’s family. This week, it was revealed that Trump’s two eldest sons, Eric and Donald Jr., were the buyers, and that the duo plans on renting the house for $100K per month.

The home’s proximity to Trump’s retreat makes it a natural for a novelty short-team rental. The home is situated directly on the beach, and the ocean side is glassy, taking in plenty of postcard-worthy views of the Atlantic. It was constructed in 1956, and features French Caribbean-style architecture.

The home extends to 10,500 square feet, with much of the living area dedicated to interior/exterior space, presenting an unusually fine opportunity for larger-scale entertaining. The heart of the home is an enclosed porch, which uses a semi-divided layout and a casual aesthetic for events; lattice, canvas, and tongue-and-groove give the room a comfortably beachy feel.

The home boasts eight bedrooms and nine baths. Many bedrooms have their own balconies, and several are designed as stylized, individual spaces.

The property’s exterior living area incorporates a pool, patio, and rather controlled landscaping which edges toward tropical wildness.