The former professional boxer posted a photo on Instagram of his new jewelry purchase. The piece is known as “The Billionaire Watch,” and one look will tell you why. The watch is literally studded with diamonds. Mayweather purchased it from his favorite jeweler, Tadashi Fukushima.

The timepiece includes 260 carats of emerald-cut diamonds of the highest quality, in addition to other specially cut diamonds. This luxurious creation is just one of a number of high-end accessories in Mayweather’s extensive personal collection of dazzlers. The 2018 World’s Highest Paid Athlete (according to Forbes) also collects Hermes Birkin bags and luxury supercars.

Floyd “Money” Mayweather Jr. lives up to his nickname once again with this unique purchase. The boxing champion reportedly earned over $300 million from his final fight against Conor McGregor before retiring with a perfect 50-0 record. 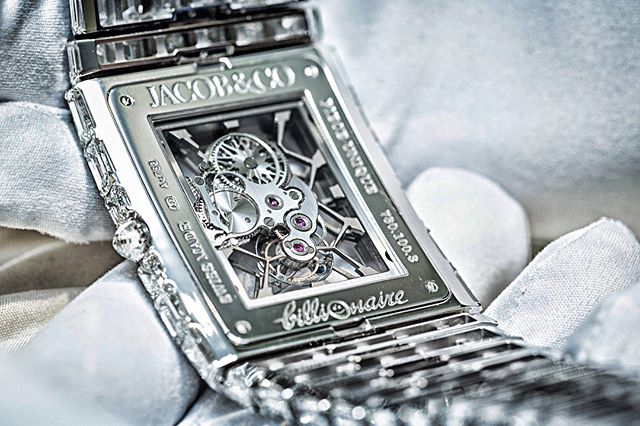 This my new timepiece, it's called "The Billionaire Watch". If you don't know about it, google Billionaire Watch. That's $18 Million on the price tag. I bought this watch from the best jeweler in the world, hands down @tadashi1980. He has better prices than any other jeweler that I’ve ever done business with ever and trust me, I’ve bought jewelry from every jeweler in NYC, Vegas, LA, Detroit, Houston and Miami. From here on out I’m only buying from @tadashi1980 fire your jeweler and hire @tadashi1980 Follow his page now.