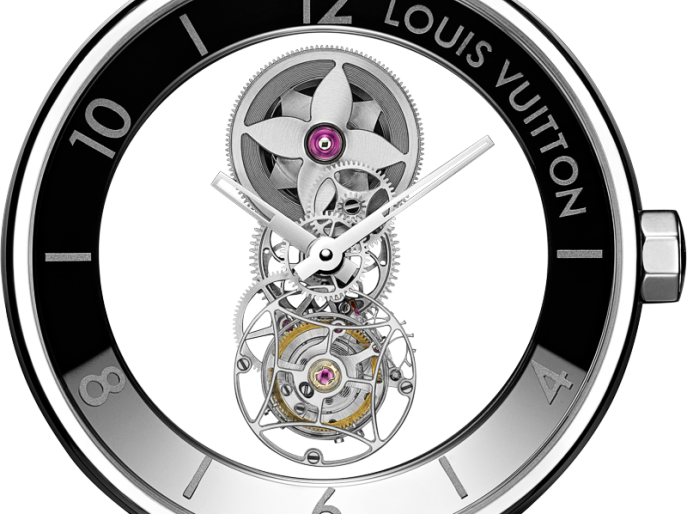 Wondering where all the mystery in the world has gone? Well, Louis Vuitton has managed to conjure a little of it back into life.

The latest timepiece to emerge from the house of Vuitton is a typically graceful design. ‘Tambour Moon Mystérieuse Flying Tourbillon’ is a typically long-winded name for a watch model, but it’s also dreamily poetic. The watch itself, though, presents a vision of philosophical simplicity that alludes with brushstrokes. Not enough mystery? Let’s move on to the mechanics.

Beyond the cryptographic flash, LV’s newest timepiece displays arch design chops; the movement and flying tourbillon escapement are fairly stunning, and represent considerable mechanical development. The watch’s mysterious movement makes it appear as if the hands are levitating. The floating appearance is heightened with a Monogram Flower set at 12 o’clock. Graceful, indeed.

And, the mystery explained? The appearance of levitation comes from a special arrangement of sapphire crystals, part of the construction behind Louis Vuitton’s mechanical 110 caliber. How the company manages to reconcile art nouveau and contemporary sensibilities so effectively might be the real mystery, in the end.

Tambour Moon is 45 mm in diameter and boasts a concave platinum case. The look is completed with a black alligator strap. 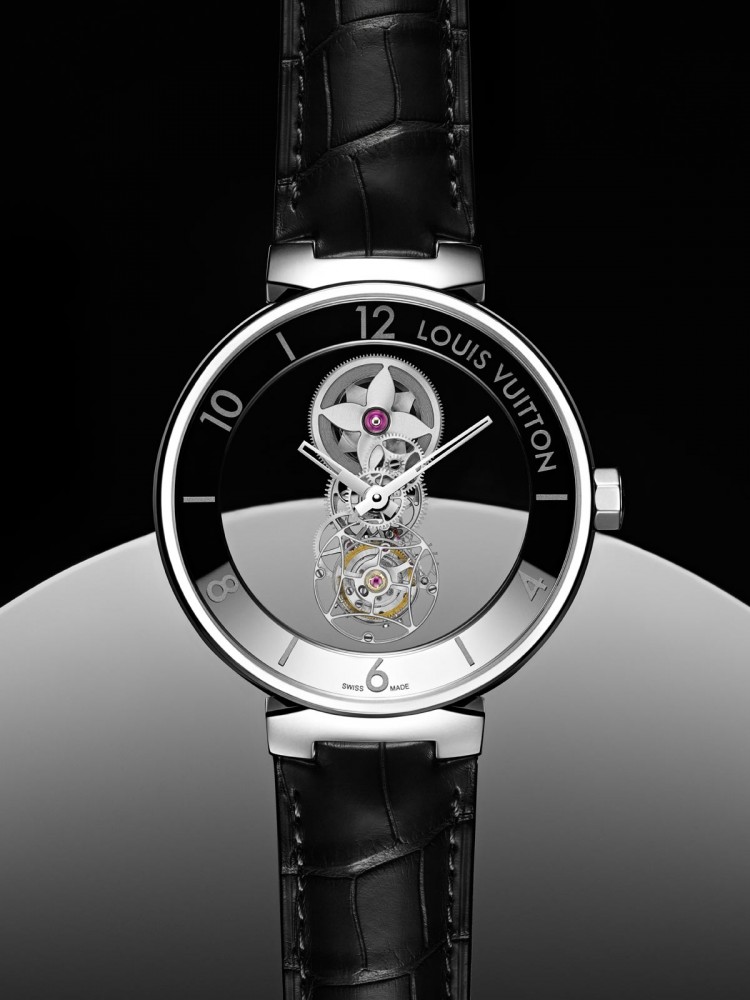 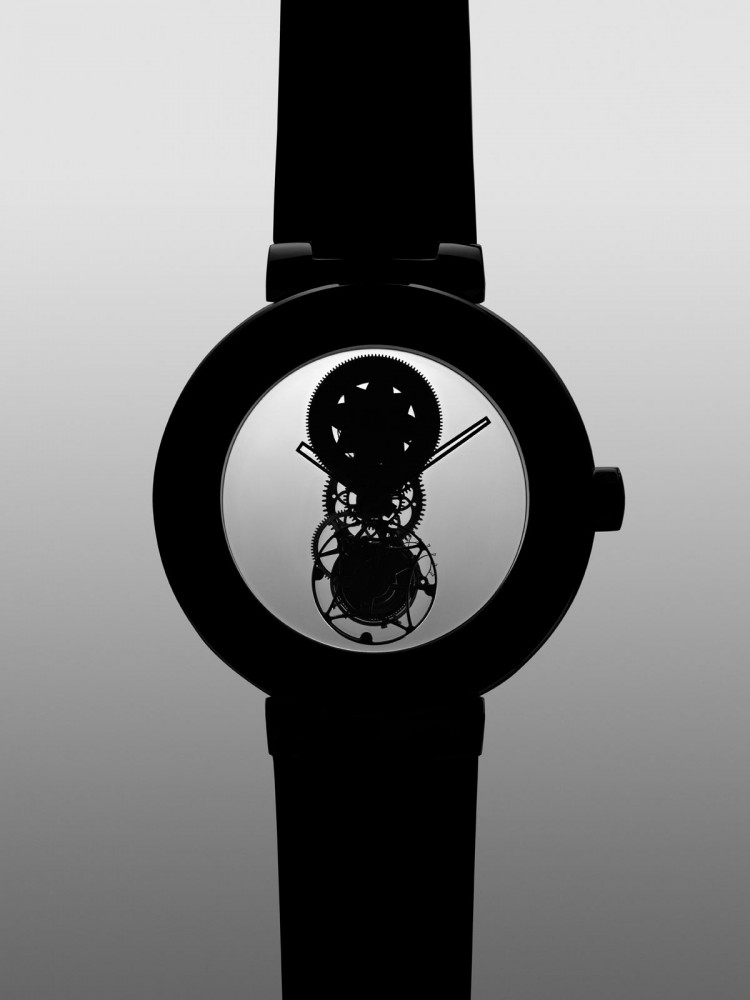