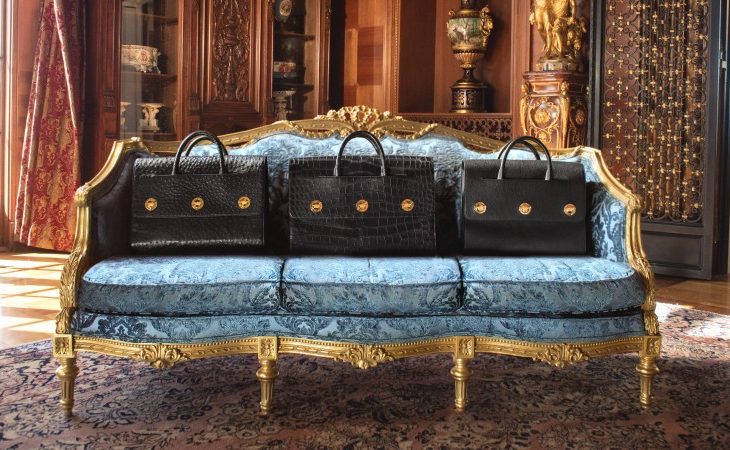 New Luxury Brand CCCXXXIII Lands at the Top of the Market

No other executive accessory carries the same gravitas of credibility as the attaché or briefcase. The cachet of the Italian-made leather case, worn and battered by a thousand boardroom skirmishes and all the territory covered in-between, is engrained in the subconscious of the traditional power broker as surely as the heirloom fountain pen. These are Jungian archetypes of the boardroom set, and although many established brands produce unusually fine cases, there is, as of yet, no super-premium offering targeted at the executive who’s no stranger to checks with multiple commas.

Luxury brand CCCXXXIII (Three Hundred Thirty Three) has entered the fray by recognizing the current lack of a definitive top end of that particular niche market. And they’ve decided to skip the half-measures, and begin at the top of the top end with a trio of Italian-made attaché cases.

The attaché cases offered by CCCXXXIII are not for the faint of heart; they are full-bore statements that make bold assumptions, and are likely to mainly appeal to the established and the proven. The firm’s website highlights design, material, and craftsmanship, the holy trinity for a better case. They align themselves with royalty—a tricky association at best—but a look at the three cases in their catalog carries the conceit. These are exceptionally beautiful pieces, displaying an inventive design that is both very traditional and quietly iconoclastic, and a level of detail that recalls fine tailoring.

The company’s case lineup, taken with their name, is nearly an exercise in numerology, and so nearly as obsessive as the craftsmanship employed to make the accessories themselves. There are three attaché cases in the CCCXXXIII catalog, positioned in a distinct hierarchy, with production numbers limited to only 333. There are 300 for the entry-level piece, 30 for the mid-tier case, and only three for the top-end offering.

CCCXXXIII’s entry-level case is the Julian ($9,750). Crafted from hand-selected hides, it is the workhorse of the lot, if the workhorse is an Arabian. The attaché is designed with dual rolled-top handles, and gold accents—CCCXXXIII ’s signature magnetic gold-dipped crown coin closures, and bottom support bars—contrast with the black leather for dramatic visibility, although nine tonal combinations are available. The Julian is lined with suede, and features separate laptop and tablet compartments, zippered valuable compartments, and large interior pockets. Only 300 will be produced.

With production limited to 30 examples, the Constantine ($35,000) uses South African Crown Ostrich skin, which adds a unique visual dimension. Each skin is hand-selected to ensure an optimal surface texture, and the case features the same trio of gold-dipped crown coil closures, gold bars along the bottom to protect the case, and dual rolled-top handles for comfort. Ten tonal schemes may be optioned.

With just three offered, the Imperium ($175,000) is crafted from hand-selected Australian saltwater Porosus crocodile skins; the Porosus skins feature distinctive follicle markings at the bottom of the scales. The ultra-premium association does not stop with material selection. You won’t find a partial skin here, and even a whole piece won’t do; in fact, two large, 80cm skins are used for each Imperium to ensure optimal selectivity. This case is 53cm wide, and looks large enough to serve as a particularly exquisite overnight. The design elements are similar to the Constantine and Julian, but for one detail: the crown closures are solid gold, and the valuables pockets are lined in shaved mink. Nine tonal schemes available.

CCCXXXIII’s offering will be expanding as early as this summer to include a rich collection of functional works of art. Major collaborations are also said to be in the works, and should augment the brand further.