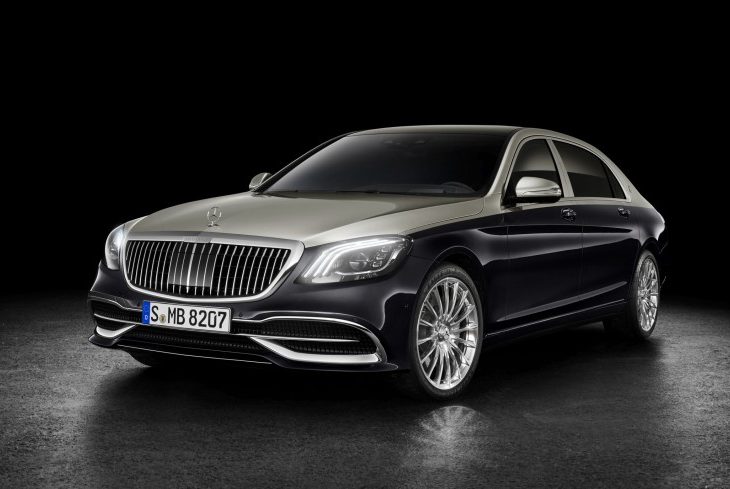 Mercedes has introduced its new 2019 Maybach S-Class. The revival of the company by Mercedes wasn’t an easy sell on the top floor; the results, however, continue to stymie controversy.

The German automaker’s decision to bring back the Maybach name was debated hotly among executives and the faithful alike. Chief Designer Gorden Wagener isn’t lacking for circumspection, though, or business acumen either, and the long-wheelbase sedan that carries the iconic Maybach name presents upscale drivers with an astonishingly aristocratic statement poised to square off with Rolls and Bentley.

The luxury-focused sub-brand seems to have found its niche in that context, and the grill design bears out the distinct identity of the division. As for power, the S560 gets a V8, the S650 a V12.

Customers have a lot of freedom when it comes to building their own individual S-class, and Mercedes-Maybach offers a selection of nine two-tone paint options and numerous new trim choices. The cosmetic customization potential sets the Mercedes-Maybach apart from the classic Mercedes-Benz lineup, giving it the ‘bespoke’ cachet especially appealing to buyers with money to burn.

The Mercedes-Maybach S-class will make its official public debut at this year’s Geneva auto show. It is set to go on sale in the U.S. this summer.