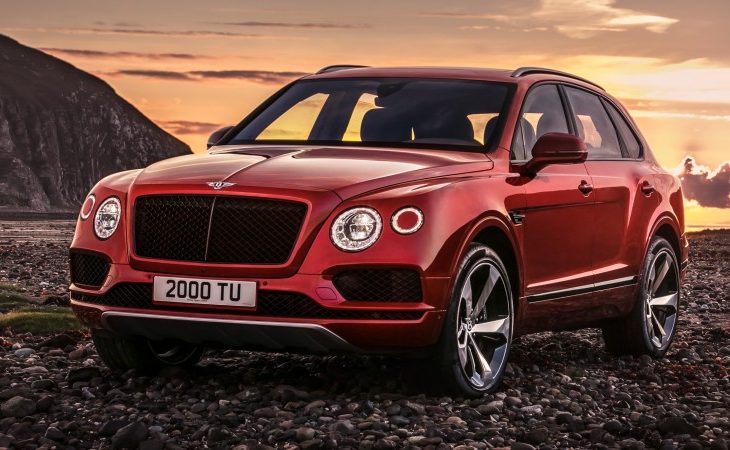 North American drivers hoping for a leaner, more efficient, and, relatively speaking, more reasonably priced Bentayga will soon have their wish: Bentley recently unveiled its gasoline-powered V8 Bentayga ahead of its debut in Detroit, and, the way things are shaping up, what the smaller-displacement engine model variation loses in juice, it more than makes up for in versatility and aggressive cosmetic appeal.

Up until now, the Bentayga has been available exclusively as a W12, a 6L monster designed to propel the nearly 5,350 pound British bulldog with no shortage of thrills, and no shortage of muscle if off-roading or towing is necessary. The slightly lighter V8 checks in at 4L, which promises less in the way of ostentatious strength, but more in the way of at-the-pump savings.

In the race from 0-60, the gasoline V8 loses about four-tenths of a second to its big brother, which isn’t much of a discrepancy, and, for most drivers of the SUV model, an entirely negligible difference. As far as highway capability, the V8 reaches a top speed of 180 MPH, according to the company, more than enough to negotiate and compete well at travel speeds, and raise a little gooseflesh in the bargain.

The gasoline V8 variation also looks downright sporty, for an aristocratic British thoroughbred of the Bentley species. From the front, it looks less overtly Bentley-ish than the W12 Bentayga, with a black grille that is a little more casually understated. Brakes and wheels may be optioned up to powerful carbon-ceramics and 22” showstoppers.

Interiors will offer a little more flash as well, with high-gloss carbon fiber. Interior options will include a sport steering wheel.

Pricing will be lower, but don’t expect too much—after all, this is a Bentley. The company has stated that U.S. base pricing will hover just north of $185K, a substantial but not overwhelmingly striking reduction from the W12’s base of about $230K.