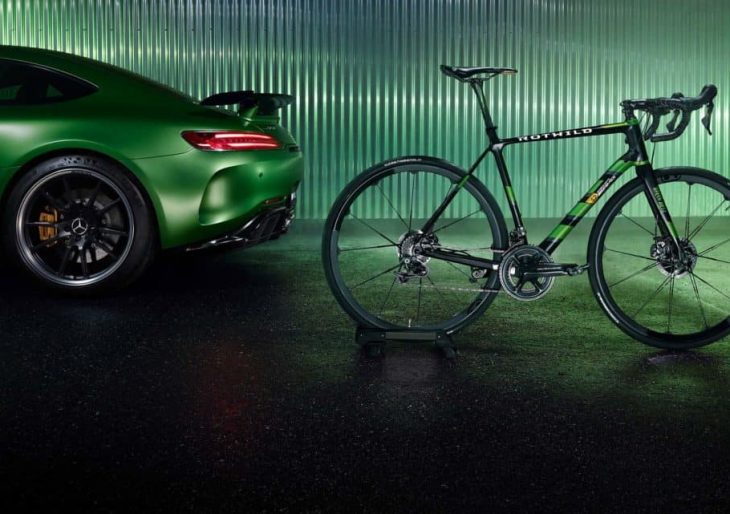 The Rotwild Mercedes-AMG R.S2 Beast of the Green Hell is the result of the high-end collaboration, and the sleek bike was developed to honor Mercedes-AMG’s 50th anniversary. The bike is limited to just 50 examples and was designed to take styling cues from the powerful GT R. This is the third collaboration bicycle to come from Rotwild and Mercedes-AMG, and it continues to bear the AMG spirit well.

The new bike is a carbon disc brake road racer utilizing Module Monocoque technology. Thanks to its ultra-light carbon construction, it’s able to transfer power easily while also reducing vibrations. Its built purely for speed, and it looks the part.

The Beast of the Green Hell boasts a pair of Crankbrothers Cobalt 11 carbon wheels and a rare Dura-Ace mechanical shifting disc brake set. Finally, a green and black color scheme further highlights the relationship between the new bike and the luxurious vehicle that inspired its design.

Each R.S2 is available for around $9,300, but due to the limited production, interested customers should act fast.