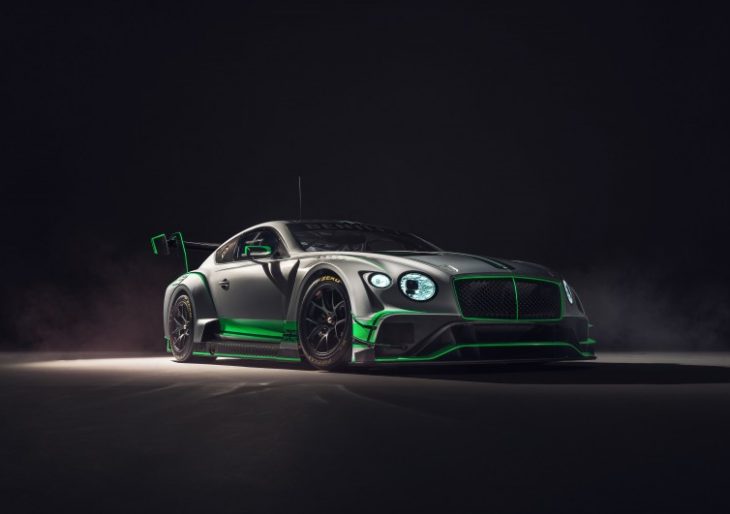 Bentley has rolled out its new competitor for the upcoming racing season. The newest generation  Continental GT3, sister to the street-legal 2018 Continental, has been revealed by the company’s Motorsports division.

Weight first and foremost in the order of things for the newest GT3: unlike the Continental road car, which tips the scales at two and one-half tons, the track-only Continental manages a svelte 2,800 pounds. The second generation of the company’s GT3 racer incorporates a series of changes for the better, however, and there is of course more to the story.

As you’d expect, there’s a lot of aluminum used in M-Sport’s revised design, and a good dose of carbon fiber, too. The dramatic carbon-fiber rear wing helps increase the downforce needed to keep such a lightweight rocket right where it should be when racing speeds are reached. Other carbon fiber components include the front splitter, and much of the body paneling. The car receives an improved Alcon braking system as well.

The new GT3’s engine has seen a change, too. The track car’s 4L bi-turbo V8 will now produce a stout 550 horsepower. The engine, Bentley indicates, represents a significant step forward in efficiency: a new dry-sump system, new exhaust, and new intake system all share some credit for the improvements.

The track-only car will be available in the spring of next year. It is currently being put through a grueling testing phase; according to Bentley’s motorsports director, Brian Gush, ‘…early test results are promising.’ Considering the racing record of the outgoing version, we don’t doubt it. 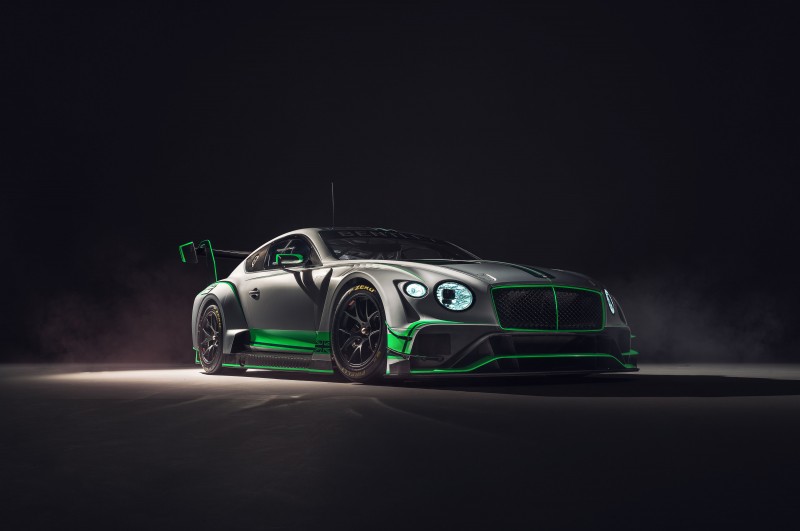