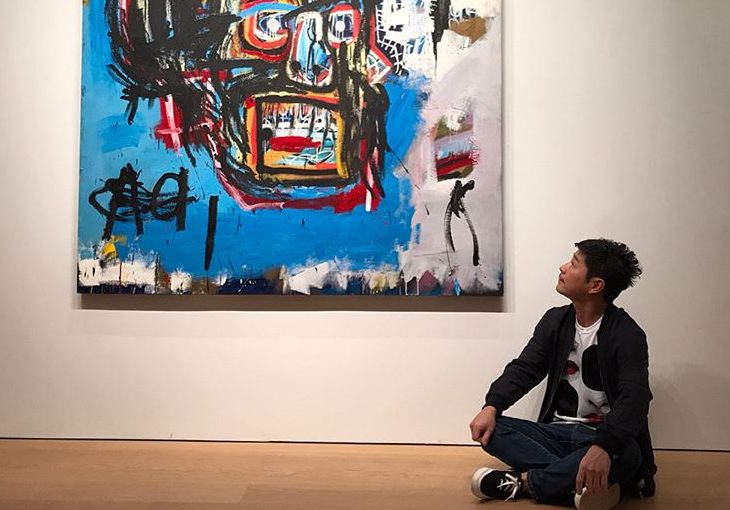 Another Sotheby’s sale has set a new record. This time, it was a painting by Jean-Michel Basquiat that unsettled the record book. The piece, one of Basquiat’s ‘Untitled’ paintings, changed owners with a $110.5 million sale. The work had been estimated to top out at $60 million.

The painting now belongs to Japanese Billionaire Yusaku Maezawa, who posted a photo to Instagram of himself and the piece, expressing his admiration of Basquiat’s work. Maezawa plans to display the piece publicly.

“I am happy to announce that I just won this masterpiece,” the collector wrote in the caption. “When I first encountered this painting, I was struck with so much excitement and gratitude for my love of art. I want to share that experience with as many people as possible.”

While Maezawa does plan to install the painting at a museum he’s building in Japan, the Basquiat piece will first make a journey around the world with visits planned to several renowned museums.