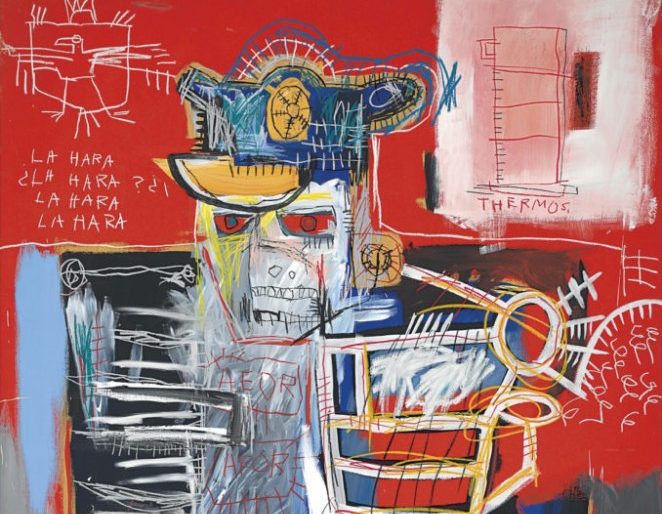 However, a different Jean-Michel Basquiat piece, Untitled (1982), is expected to break the artist’s current auction record at the upcoming Contemporary Art Evening at Sotheby’s New York that same week. Sotheby’s expects it to fetch $60 million on May 18. The current record was set last year when billionaire Yusaku Maezawa paid $57.2 million for the same piece.

Should the estimate hit or fall in the neighborhood of $60 million, it will mean that the top three price records for Basquiat pieces will have all come from works completed by the artist in 1982. The current second-most expensive Basquiat work is Dustheads, which earned $48.8 million back in 2013.

After Basquiat completed Untitled (1982), it spent a summer at a group show in the Alexander Milliken Gallery in New York, before entering a private collection in 1984.

Part of the aura of the piece is that this particular Basquiat has remained, for the most part, unseen by anyone but the owner and his/her guests since the 1984 sale. It has never been publicly displayed since its original showing in 1982.

Also being offered at the May Sotheby’s sale are pieces from Andy Warhol, Cy Twombly, Roy Lichtenstein, David Hockney, and Guy Richter.

Cohen’s art collection has been valued at over $1 billion.