Triumph did such a great job with the Thruxton R that it almost seems a shame that someone would try to tune one up. But we have no complaints after seeing the result after French custom shop Hedonic got their hands on one and created its own take on the Thruxton R. The Hedonic craftspeople liked it so much they dubbed it ‘Amazing.’

Opened by Frenchman Serge Heitz, Hedonic specializes in made-to-order custom motorcycles. Considering it is a fairly new workshop, Hedonic’s work is sophisticated, polished, and artful in its employment of contemporary and historic ideals.

The Amazing underwent a hands-on design process between Heitz and the owner. Hedonic crafted one-of-a-kind pieces such as the fender, seat pan, belly pan, side covers, half fairing, and a gas tank. When all was said and done, more than 150 hours of aluminum work, from crafting to polishing, had been invested in the fabrication of the individual parts.

Hedonic also spent some time to upgrade the 1,200cc, 97-horsepower engine of the Thruxton R, including manufacturing a high-mount stainless steel exhaust system with turbine-style mufflers.

The results, though, speak for themselves. 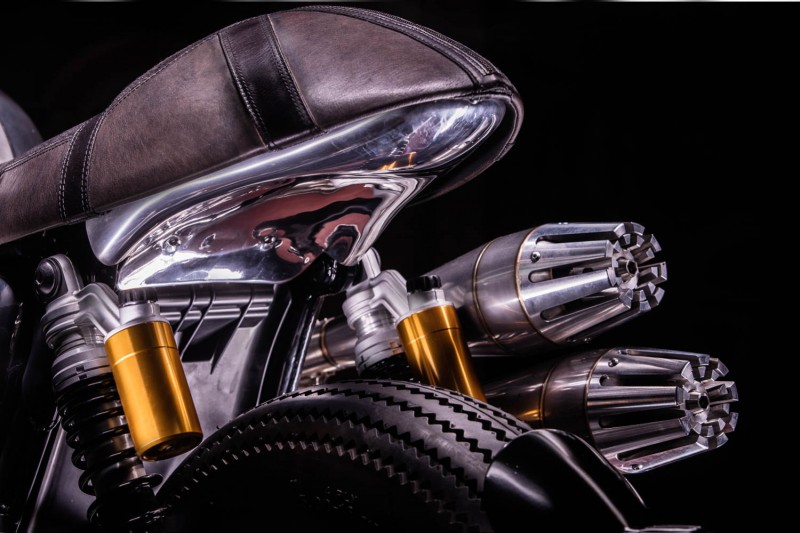