Actor Keanu Reeves wanted a custom bike, and instead, he ended up teaming up with Gard Hollinger to create more than just a new everyday rider; the duo also ended up co-founding the new Arch Motorcycle Company.

Arch’s mission is simple: Create big American bikes that are not only comfortable for long cruises, but also act as range-toppers in speed and handling.

Arch makes nearly all of the parts itself, over 200 pieces, including the pair of nine-pound gas tanks crafted from 534 pounds of billet aluminum. Arch has built its own engine, a 2,032 cc proprietary version of an S&S Cycle 124-cubic inch V-twin with a special downdraft fuel injection and six-speed drivetrain.

The bike has been dubbed the KRGT and weighs 538 pounds, dry, and can hold up to 5 gallons of gas for a range of up to 210 miles. No two examples are alike, though, thanks to Arch’s extensive consultation process that includes tailoring every detail to specifically suit the owner’s needs. 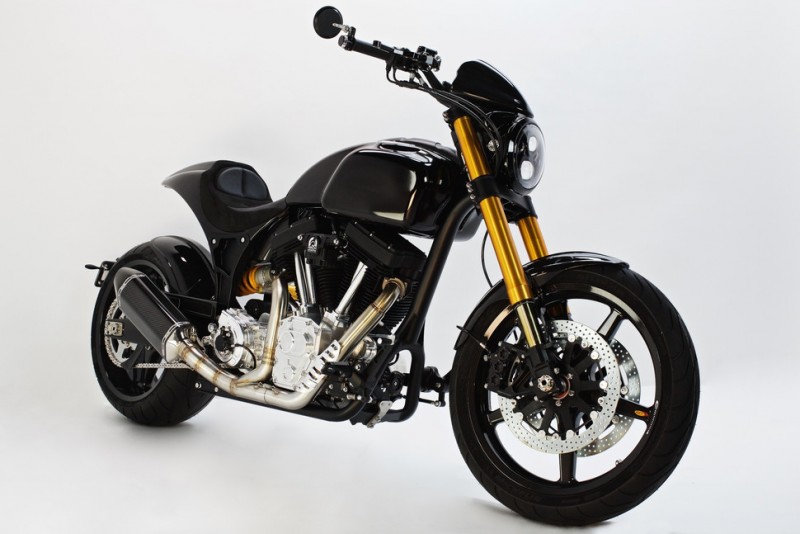