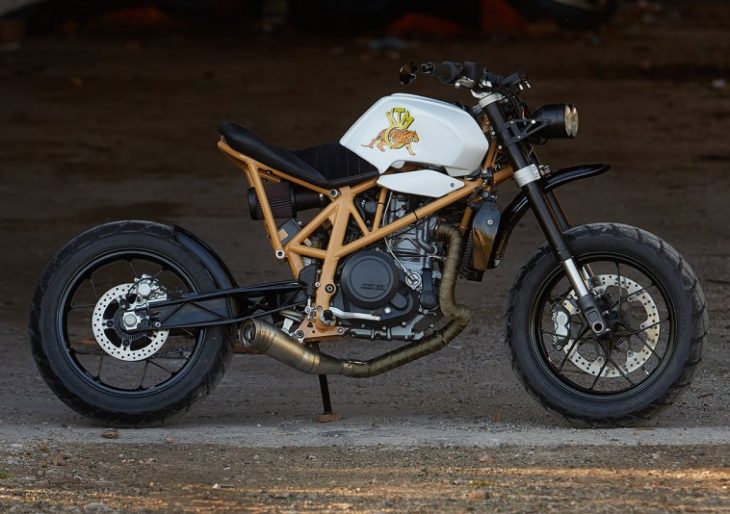 The High and Tight KTM 690 “Daisy Duke” by Federal Moto

When Federal Moto named its customized KTM bike the Daisy Duke, it didn’t necessarily have Jessica Simpson in cut-off jean shorts in mind, but instead channeled the spirit of the General Lee with a loud, lean, and mean racer.

Built off of a 2013 KTM 690 Duke, the Daisy Duke was stripped of its plastic pieces, subframe, and any part Federal Moto felt they could ditch. One big change was tossing out the stock air intake system in favor of a K&N filter with a Smart Moto SAS valve plate kit to improve the Daisy Duke’s exhaust flow, which is also a custom setup.

Federal Moto left the original fuel tank, but because it removed all of the parts attached to it, the tuner had to fill and buff out the entire thing so it would appear seamless. Another custom addition to the gas tank is a KTM logo dating back to 1953 that Federal Moto used to offer an homage to the past and finish off the build.

The white tank is paired with a soft orange paint job given to the frame to complete the bespoke look. This finish gives the bike its bold look, while the “high, tight, and extra short” seat is responsible for its iconic name. 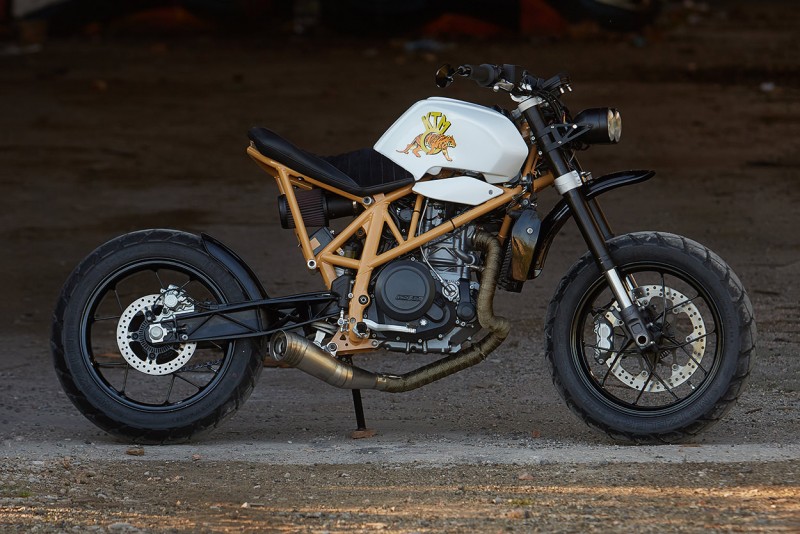 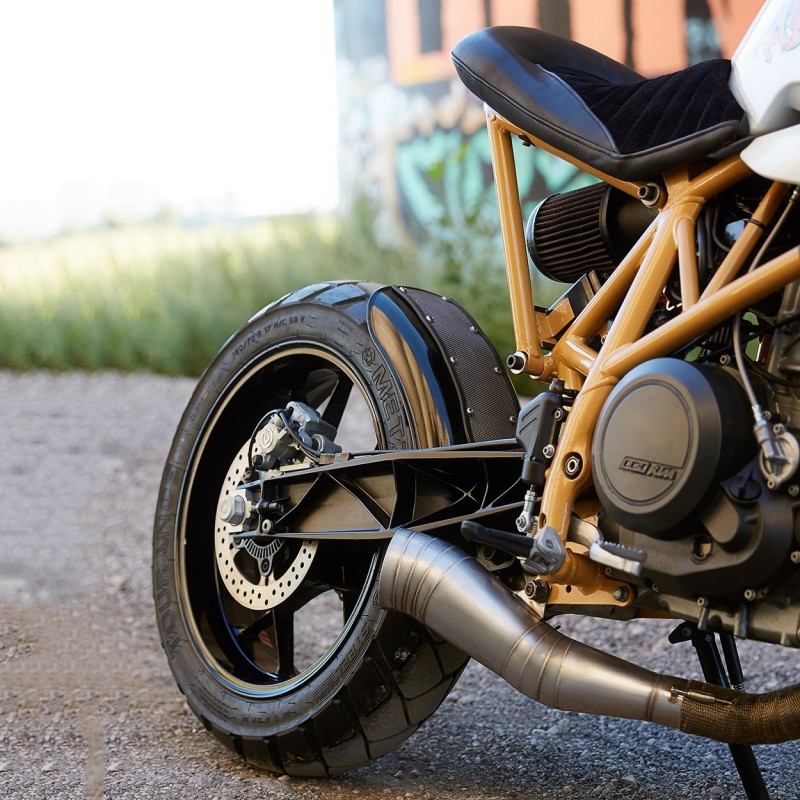 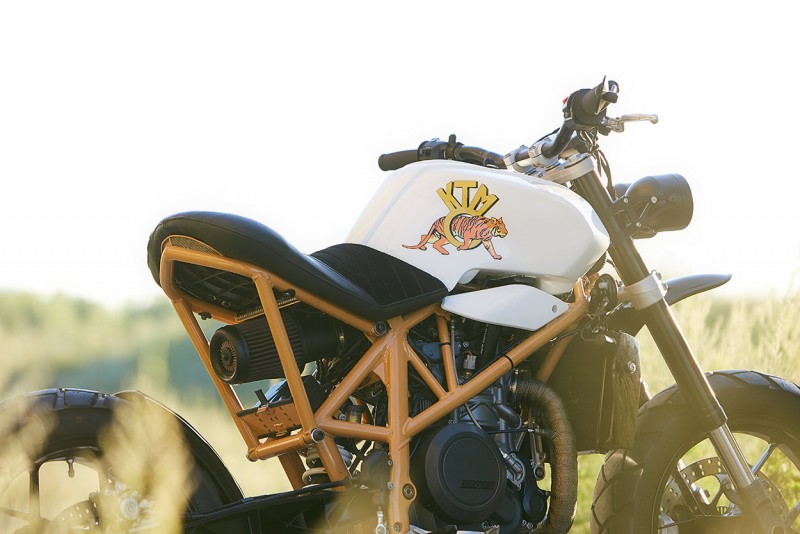 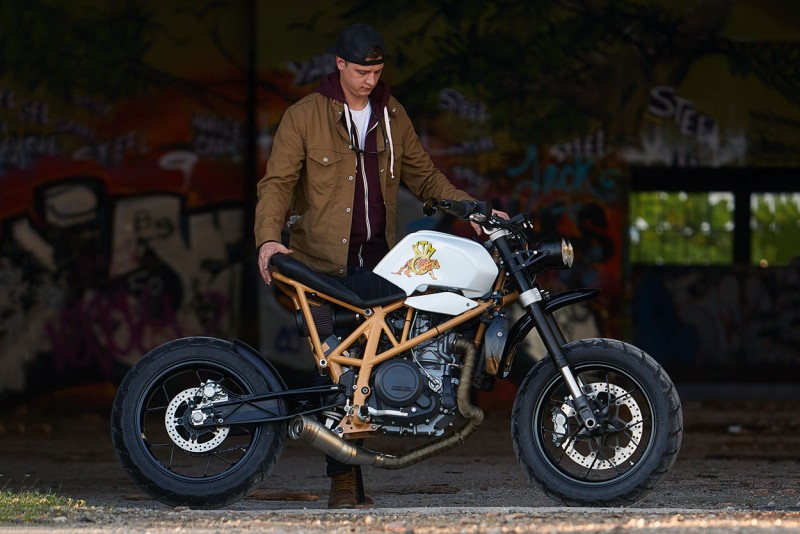