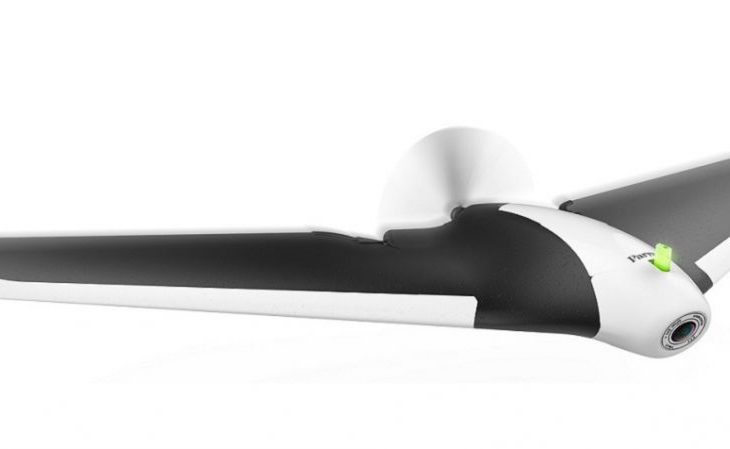 Parrot’s new Disco drone is finally set to launch next month, and the French company is hoping to shake things up with its fixed-wing drone in a market full of quad-copter style models.

The Disco was first revealed at this past year’s CES in January, where it turned heads thanks to its stealth-bomber like design and its easy functionality.

To launch the 1.6-pound Disco, its user simply needs to throw it skyward as if it were a paper airplane. And owners don’t need to worry about it crashing like a folded sheet of paper thanks to a bevy of built-in technological features that help it stay balanced and gain altitude.

Users pilot the Disco with Parrot’s Skycontroller 2, and an included pair of Cockpitglasses offers a first-person view of everything the Parrot drone sees at speeds of up to 50 mph.

The Disco can fly for up to 45 minutes on a single charge. Parrot is asking $1,300 for its unique new drone.