Pete Carroll, the Super Bowl-winning head coach of the Seattle Seahawks and former coach of the USC Trojans, is unloading one of his three Los Angeles properties, putting the charming Manhattan Beach two-story on the market for $2 million.

Located just north of Manhattan Beach Pier, the cozy, brick-lined home, originally constructed in the 1930s, features a pale yellow paint job and pops of aqua on the doors and shutters that cut a fun figure from the street.

The living room includes a rolled ceiling, hardwood floors and a pair of planter-adorned windows, while the galley kitchen is done in white, with tile counters, simple cabinetry and a farmhouse sink. Also included in the home’s 1,200 square feet of interior space are two bedrooms, two baths, a long breakfast nook with space for a desk, a laundry room and a one-car garage.

The master suite includes a pair of accent walls with light wood paneling and a bright yellow bathroom with a stand-up shower. French doors from the bedroom lead to a stairway with access to the brick patio.

Carroll purchased the home for $540,000 in 1999 while his daughter was a volleyball player at nearby USC. A year later, he was offered the football team’s head coaching gig, an offer that was roundly criticized at the time due to Carroll’s then-poor record as a head coach with the NFL’s Jets and Patriots. Carroll would eventually lead the Trojans to a school-record 34 straight wins on the way to two straight AP national championships. He’s also since redeemed himself as an NFL coach, going 60-36 with the Seahawks and leading them to back-to-back Super Bowl appearances in 2014 and 2015. 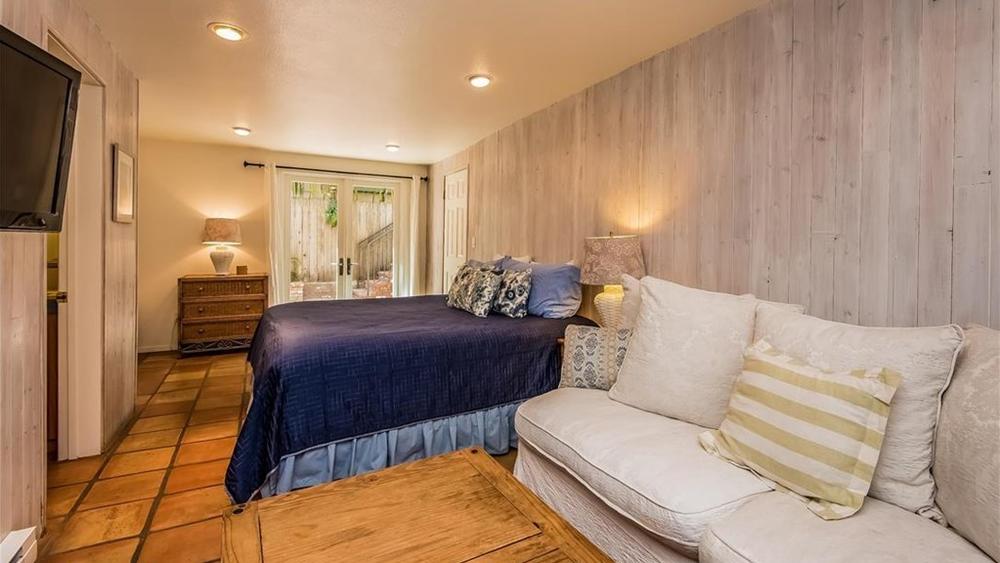