Selling a home is no joke. Despite all her success in the last few years, Amy Schumer still can’t seem to accomplish one goal: the sale of her Upper West Side apartment. The Trainwreck actress and much-lauded stand-up comedienne has just reduced the asking price to $1.625 million. That’s a whopping $450,000 less than the original ask, not to mention $70,000 less than she paid for it in September 2014.

The fourth-floor walk-up includes 850 square feet in a 20-foot-wide brownstone half a block west of the Museum of Natural History. With one bedroom and one-and-a-half baths, it’s a cozy, if largely functional pad with honey-colored hardwood floors, plenty of built-ins and private access to a pair of roof decks.

To the right of the foyer is the combination living/dining area with a fireplace and a pair of windows across from the skylit kitchen, which includes wood countertops and a lowboy fridge and freezer combo. A washer and dryer manage to fit in a hall closet on the way to the spacious bedroom, which also has a fireplace of its own. Marble counters and a claw-footed tub and separate shower are the standout features of the master bath.

Schumer’s sketch series on Comedy Central, Inside Amy Schumer premiered in 2013 and everything’s been coming up roses for her ever since, with eight Emmy-nominations and two wins. Last year, she wrote, co-produced and was the lead actress in the Judd Apatow-directed Trainwreck, which brought in a cool $138 million worldwide. She’s also executive producing an action comedy, Mother/Daughter, due out next year. It will feature Tom Bateman, Ike Barenholtz and Goldie Hawn, who hasn’t graced the silver screen since The Banger Sisters in 2002. 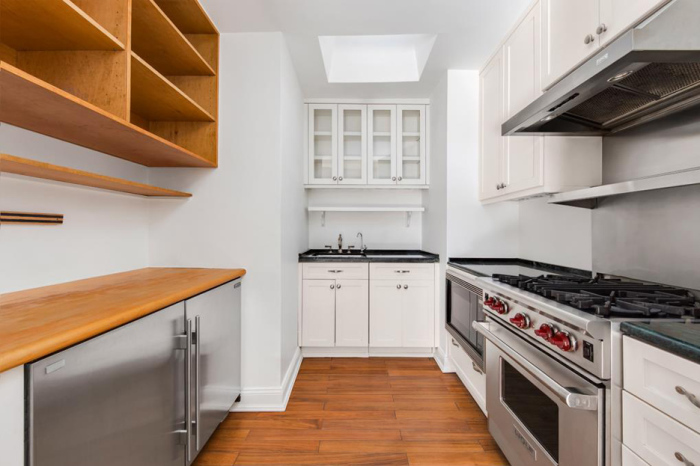 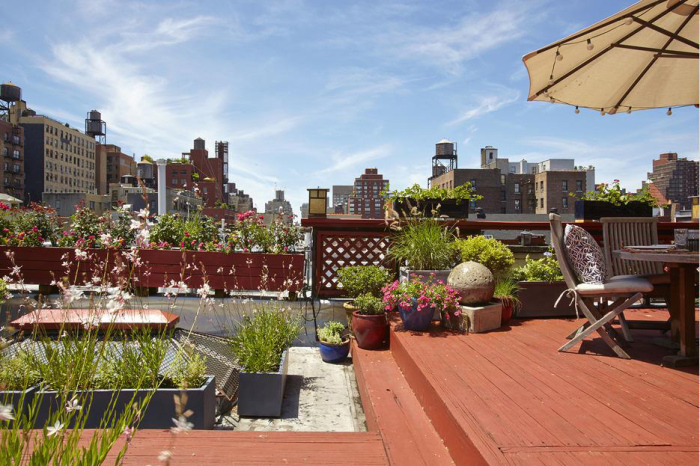