America’s only private residence by Arata Isozaki, architect of Los Angeles’ Museum of Contemporary Art and Barcelona’s Olympic Stadium, has hit the market with an asking price of $5.195 million, and Isozaki isn’t even the biggest name associated with the Venice Beach home. Commissioned by dancer and art collector Teresa Bjornson in the eighties, the unique two-bedroom, two-bath was owned by guitar god Eric Clapton from 1998 to 2003.

Isozaki’s reputation for bold, exaggerated styling and inventive detail is on full display in the one-of-a-kind home. The Kenzo Tange-schooled architect is frequently associated with Japan’s Metabolist movement, which delineated itself from Western post-war building trends by emphasizing the harmonious interaction of natural and designed space, a forebear to current movements like new urbanism and organic modern architecture.

Clapton should need no introduction: the British musician made a name for himself as the world’s premier rock guitarist during his ‘60s stint in Cream before going on to a successful solo career. His “Blackie” Stratocaster hybrid was at one time the most expensive guitar ever sold at auction, fetching $959,500 at Christie’s in 2004. 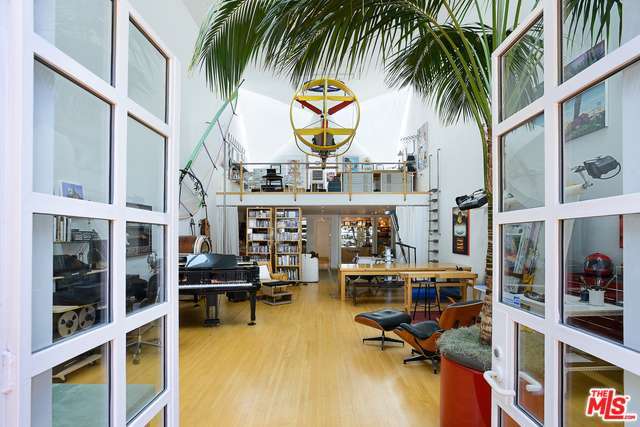 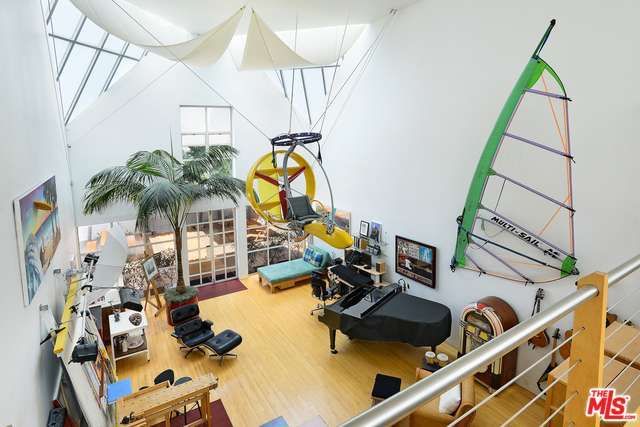 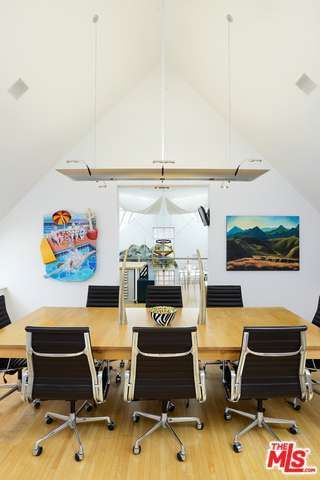