Inside the Superyacht Cristiano Ronaldo Chartered Before Euro 2016

Real Madrid star Cristiano Ronaldo is a busy soccer player who could use a little rest and relaxation. This is exactly what he did when he took a quick trip to the Balearic Islands and Ibiza, Spain, aboard a yacht dubbed Ascari before the start of the 2016 UEFA European Championships in France.

The almost 120-foot yacht was chartered by one of the highest paid sports stars in the world, and surely Ronaldo and his friends had a chance to rest before the biggest soccer tournament outside of the FIFA World Cup.

The luxurious Ascari was designed by Palmer Johnson back in 2003. It features a jet black hull and red accents that make it impossible to miss when it is cruising around hot-spot destinations like Ibiza.

Inside, there is space for up to 10 guests throughout four large cabins, including the master suite Ronaldo probably called home while he was aboard the ship.

The Ascari has also been designed with entertaining in mind, boasting a unique DJ deck that features lasers, a state-of-the-art sound system, a cocktail bar, lounge space, high speed Wi-Fi, and a sun bathing area. The party yacht is also stuffed with a jet ski, paddleboards, a water ski, wake boards, and a kayak.

With a range of 900 nautical miles and a top speed of 30 knots, the Ascari can cover the seas quickly with its five-man crew. The yacht is available to charter for just under $117,000/week. 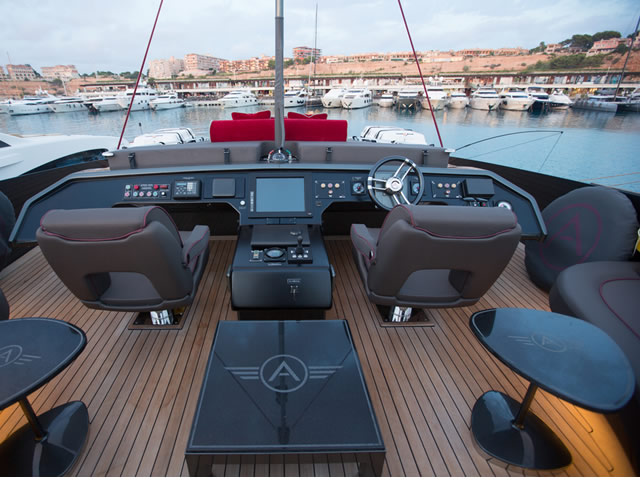