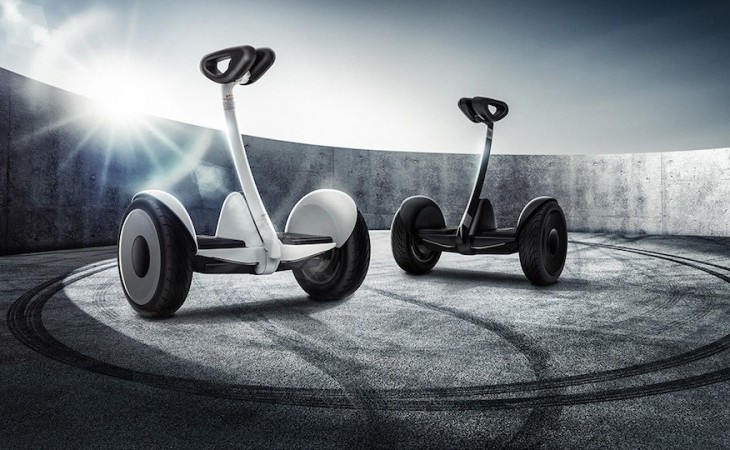 Xiaomi-backed Chinese company Ninebot announced the release its Ninebot mini, a smaller version of a Segway. Ninebot in fact acquired Segway just six months ago with the help of Xiaomi and a few private firms.

Weighing in at just 28 pounds, the Ninebot mini only comes up to its rider’s knees and can reach speeds of up to 10 mph with a range of just under 20 miles on a single charge.

Owners will be able to monitor traffic and check speed through a smartphone app, while checking the battery’s charge thanks to a front-mounted LED light.

The Ninebot Mini will hit shelves in China on Nov. 3 for $315 and should be available in the U.S. by the end of the year.