German automakers continue to increase horsepower in an attempt to one-up the competition. The latest luxury car to receive a killer upgrade is the 2016 Audi RS7.

The incredible RS7 Sportback is fueled by a twin-turbocharged 4.0-liter TFSI V8 engine that’s been updated to produce a whopping 605 horses with 515 pound-feet of torque.

Drivers can up the ante with the use of an overboost function which increases the V8’s output to up to 553 lb-ft. for short surges. This is nearly 40 lb-ft. of torque more than the standard RS 7.

Able to zoom from zero to 62 mph in just 3.7 seconds with an electronically limited top speed of 155 mph, drivers won’t be disappointed. Even better, buyers with a need for speed can opt for the optional dynamic package, which increases the powerful car’s top speed to almost 190 mph.

Since the eight-cylinder is paired with an eight-speed automatic transmission, manual shifting is handled with easy-to-use steering-wheel-mounted paddles.

With so many upgrades and incredible power under the hood, the Audi RS7 is a model to be admired. 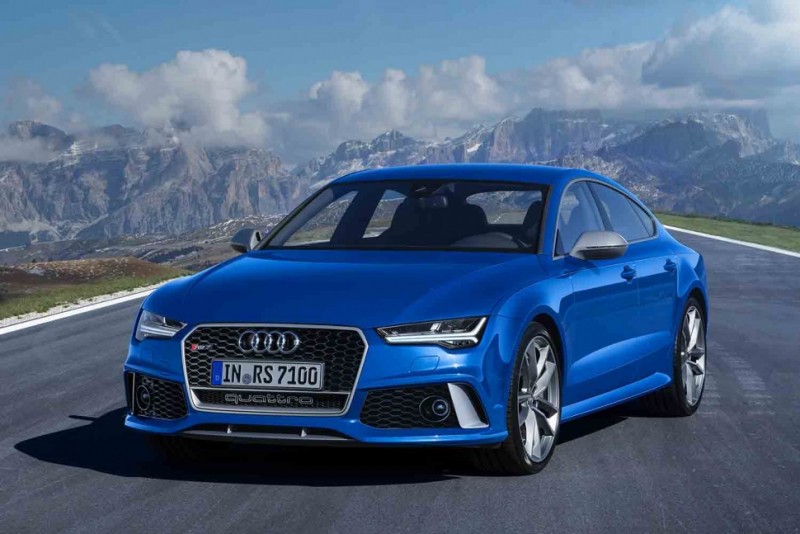