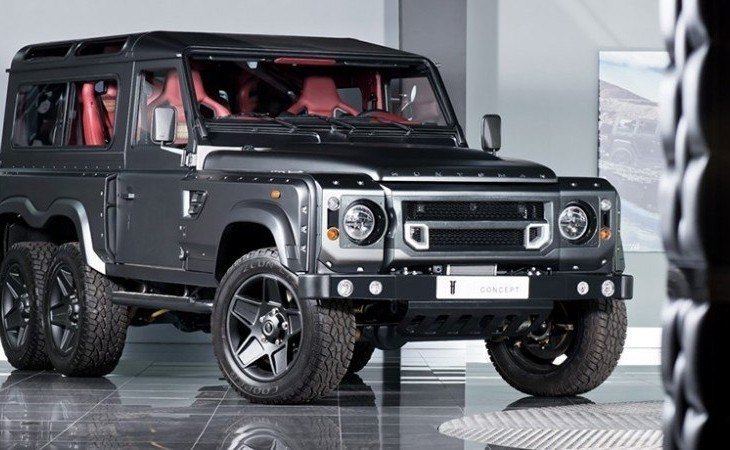 Land Rovers are already known as rugged and sturdy vehicles. The new Flying Huntsman 6×6 is a six-wheeled Land Rover Defender that’s reinventing the idea of a rugged machine.

Kahn Design pioneered the project to add an additional pair of wheels to a classic Defender. The team began by extending the bonnet 15.8 inches, adding nearly 6 inches of width, and stretching the rear cabin by 31.5 inches.

The mechanics of the car were also altered by adding a third axle, a more powerful chassis, a high-low drive system, and locking differentials. The Defender powers a 6.2-liter V8 engine with a six-speed automatic gearbox and also features a sturdier stainless steel exhaust system.

The Flying Huntsman’s aesthetic has been beefed up too with a spectacular grill and a bulkier front bumper. Inside, red leather with plaid accents gives the sporty vehicle a classic, luxurious look.

Only one has been made so far, but more can probably be arranged. 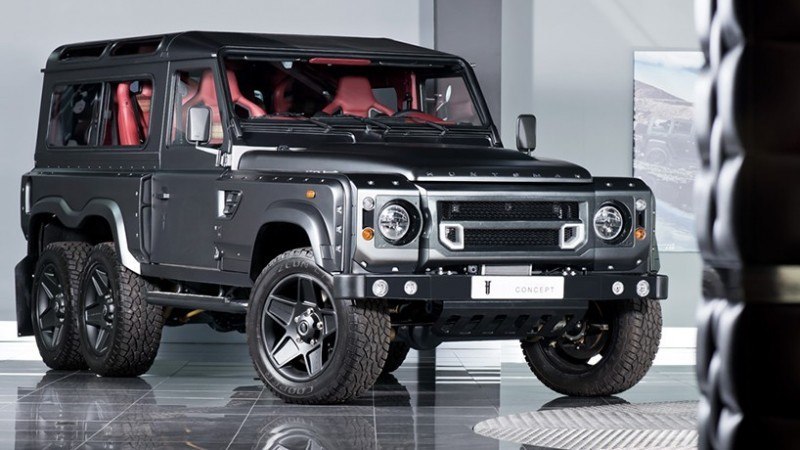