Street artist Banksy has made the war-torn streets of the Gaza strip his latest canvas.

There are three total pieces of note that Banksy has completed in Gaza. The most poignant of which is a white kitten with a pink bow.

“‘a local man came up and said ‘please – what does this mean?’” Banksy said. “I explained I wanted to highlight the destruction in Gaza by posting photos on my website, but on the internet, people only look at pictures of kittens.”

One of the pieces depicts an Israeli guard tower as an amusement park swing ride. The third piece is of a man holding his head in anguish. 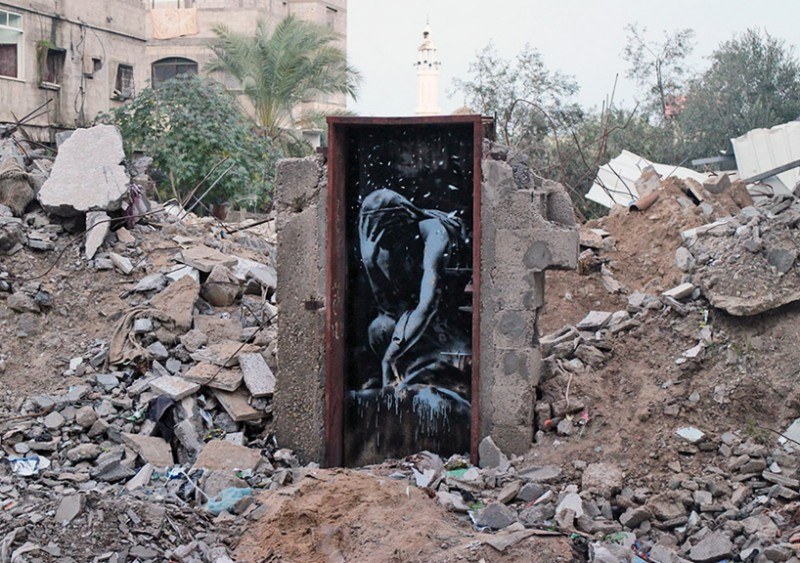 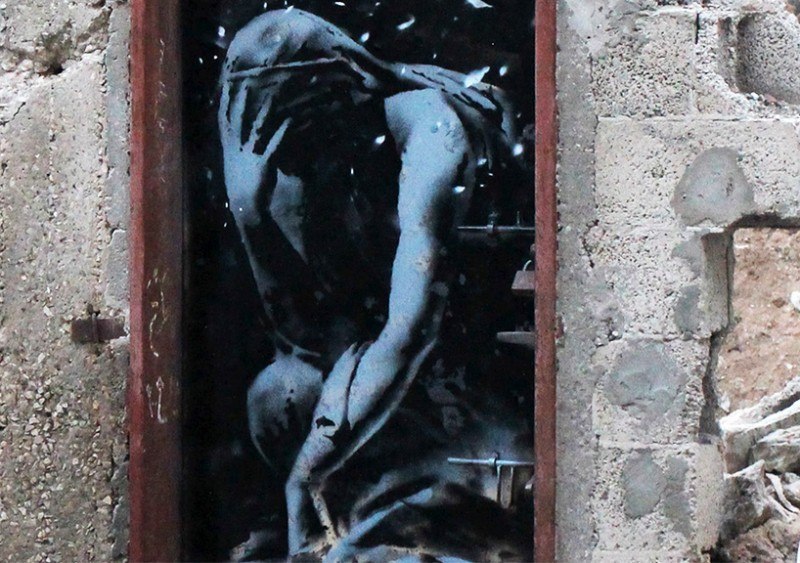 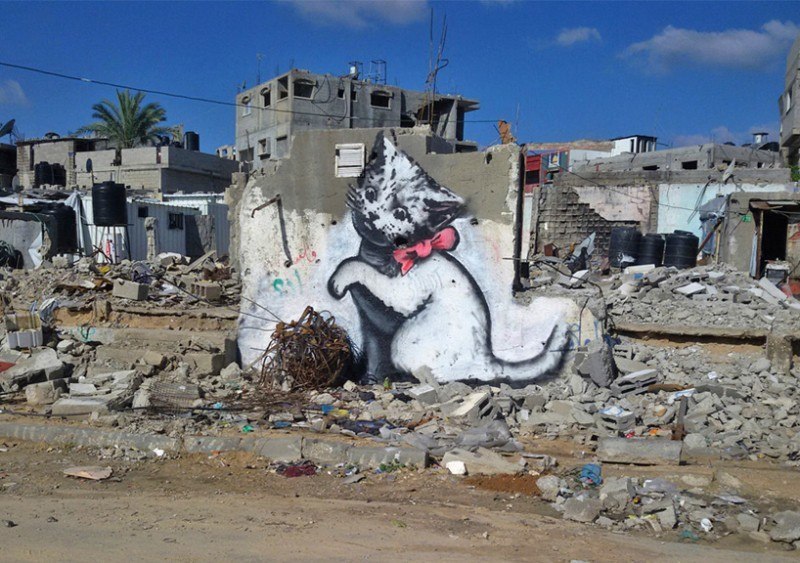