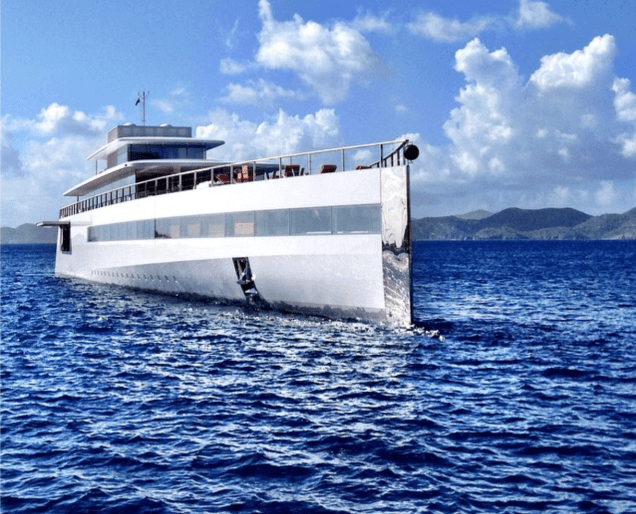 A 256-foot yacht designed for the late Steve Jobs was captured in numerous photographs as it sailed in to the British Virgin Islands.

The yacht, called Venus, was designed by Philippe Starck. Jobs reportedly commissioned the building of the yacht after sailing on his friend Larry Ellison’s Yacht. The yacht was not finished until 2012, nearly a full year after Jobs’ passing.

The yacht has six bedrooms and features high-tech automation systems. The exterior is crafted from aluminum and steel and looks strikingly similar to an Apple product.