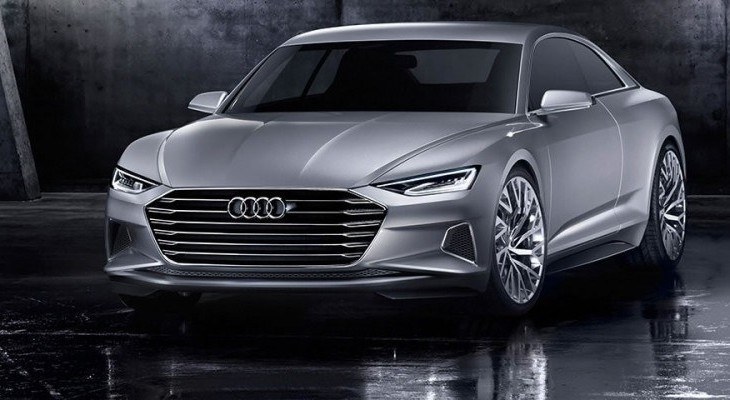 Audi’s A9 Concept was finally fully revealed at the Los Angeles Auto Show after weeks of teaser photos and videos. It is rumored that many, if not all, of the features will be used in the upcoming Audi A9, but that has yet to be confirmed by an official source.

“When he moved to Audi, Marc Lichte launched a design offensive,”  Ulrich Hackenberg, Audi boss, said. “His clear philosophy and precise understanding of Audi DNA let him develop a design strategy that is opening up entirely new perspectives for us. It is progressive and highly emotional; it expresses the technological competence and quality claim of the brand perfectly. The Audi Prologue is its first proponent – it is a ‘signature car’ for Audi.”

Running on a 4.0-liter TFSI turbocharged engine that pumps out 597 ponies, the car goes from 0 to 62 MPH in just 3.7 seconds. It is crafted from aluminum and steel coated in a pearl paint job. The interior takes a minimalist, yet elegant approach and is packed with high-tech features.

As the car is still in the concept stages pricing details have yet to be confirmed.