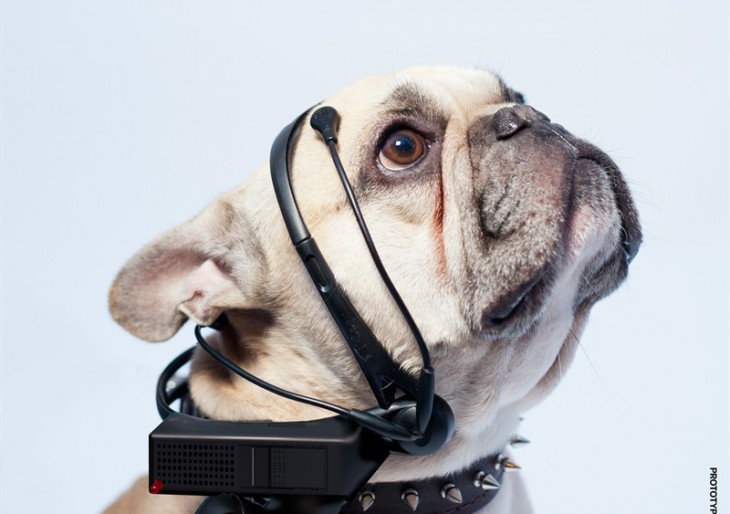 Developed by a Scandinavian research lab called the Nordic Society for Invention and Discovery, the No More Woof is a working prototype that interprets your pet’s thought patterns and translates them into English.

It works by recording an animal’s electrical signals as they go through its neurosystem.  Scientists have mapped out the emotions of some animals so we can analyze these recordings and determine if the animal is hungry, tired, angry, or happy.  This device translates these recordings audibly into the English language.

The Scandinavian research lab hopes to eventually offer the device in different languages and voices if it ever moves out of the prototype phase.