The iPhone 5S is likely the fastest phone to get the 24-kt gold-plated treatment with a few different companies all claiming to be the first to launch a 24-karat gold Apple iPhone 5S.

Gold & Co unveiled their gold, rose gold, and platinum iPhone 5S, while claiming that all other photos of the gold iPhone 5S released by other companies are mere manipulated images.

Gold & Co has stated that their 24-kt gold iPhone 5S will be a limited edition.  A price has yet to be set, but the gold-colored iPhones 5S has recently sold on Ebay for $10,000, despite only having a $649 retail price.  One can only imagine how much an actual 24-kt gold iPhone will cost.  Gold & Co’s 24-kt iPhone 5S will be available for purchase at Gold and Co dealers in Collectors Palace in the Dubai Mall, Gold & Co London-Hong Kong Office, Gold & Co London-Moscow Office, and Evolve Lifestyle Stores in India. 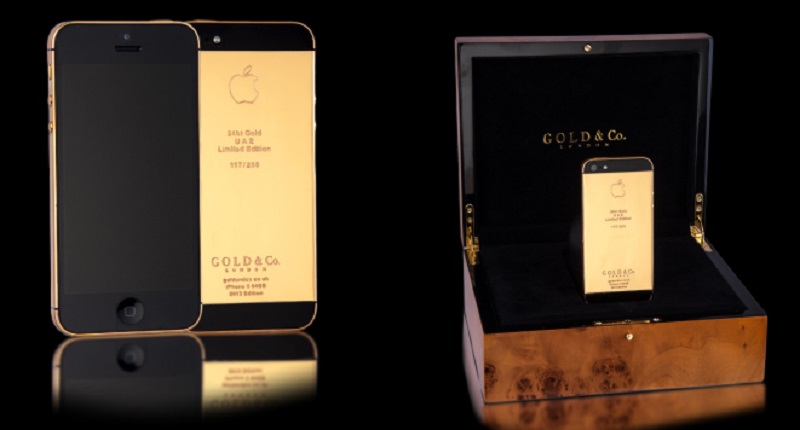 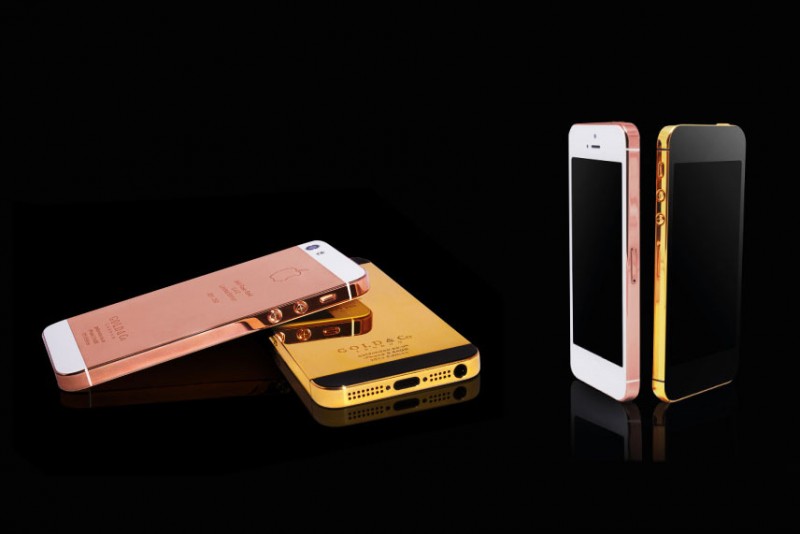