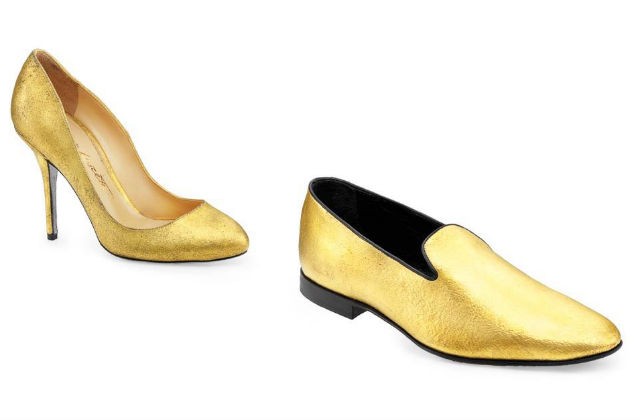 Italian designer Alberto Moretti has created the worlds first wearable pair of 24-karat gold shoes. Moretti created a pair of high-heel shoes for women and loafers for men.  Both are made of velvet and covered in gold.  They were created in collaboration with HORO.  HORO had previously released a line of gold leaf t-shirts.

The shoes are available in only five stores worldwide: Harrods in London, Barneys in New York City, Fred Segal in LA, Level Shoe District in Dubai, and The Swank in Hong Kong. The shoes cost $2,600 a pair.