Dubai-based W Motors, the first exotic carmaker based in the Middle East, will introduce the LykanHypersport at the Qatar Auto Show starting January 29th in Doha. Only 7 will be produced. The owners will also receive a Special Edition Cyrus Klepcys Watch, worth over $200,000 and also limited to a run of just 7 units.

The car’s mid-mounted engine will produce 750 horsepower, allowing it to achieve an impressive 0-60mph time of 2.8 seconds. It is also expected to be the most technologically advanced car on the planet. Among the most notable features are a 3-D holographic display,  and ID4Motion interactive dashboard. The car will also feature diamond-encrusted LED lights and gold-stitched interior leather. 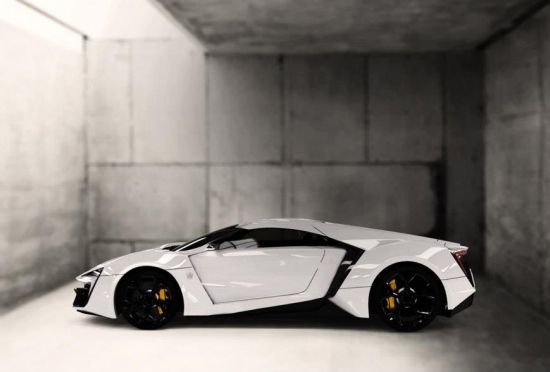